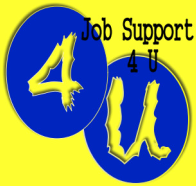 Below is a list of useful power words to help you create and develop your CV. Do not use words that you don't understand and make sure that if you include some, they make sense in how they used! You can download this via our Download Section.